Learn More Our team share their expert knowledge about popular products and brands. We're here to help you find the right products for your needs.
category

Electric fences are made of many valuable parts, including tapes, wires, and reels.

What is the tape for? It is best used for cross-fencing for your animals and also for a deterrent to livestock. Since it is tape, you never have to worry about rust. Ambler Direct has poly tapes and hot tapes for you to choose from.

Poly wires, on the other hand, are thinner than tapes. It is the best alternative for those who do not want to use poly or hot ropes. Poly wires come with metal fibres. One of the top reasons why Australians prefer poly wires is that they do not rust, unlike steel wires. If you have sheep or cattle, poly wires are recommended for you.

Reels are just as important as tapes and wires for your fence. After all, the reel is what holds the other materials together. Poly wires are typically available on a reel, which is why they are great for those who are looking for a temporary fencing solution. The right reel will hold the wire, tape, and other materials you use for your fence.

We have an extension lead reel, measuring 25 metres at Ambler Direct, along with tapes and wires for your fence. 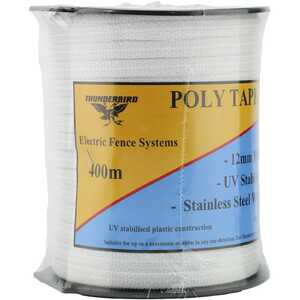