Crescent was founded in 1907, going by the name Crescent Tool Company. Its birthplace was in Jamestown, New York. The founders were Edward J. Worcester and Karl Peterson. With such a great history and trustworthy customer service, Crescent is considered as one of the pillars of the city’s industry. Later on, the company became popular for the adjustable wrenches it makes. These wrenches are manufactured in China and Sumter, South Carolina.

Ambler Direct trusts the quality of Crescent hand tools, which is why you can see the top-selling products on the site. They are designed to be powerful and can be used for heavy tasks. Apex Tool Group, one of the biggest manufacturers of hand tools in the world, owns and manages Crescent.

While Crescent is famous for its wrenches, you can also find different products that carry the brand’s name. Among the items that you can purchase at Ambler Direct include crimping tools, screwdriver sets, fencing pliers, and universal cutting pliers among others. 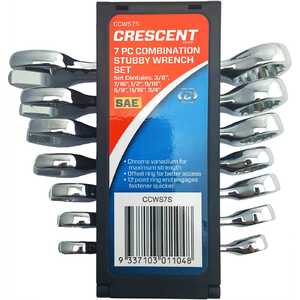